We no long breed Oberhasli goats, but can refer you to a fabulous breeder if you are interested in them! 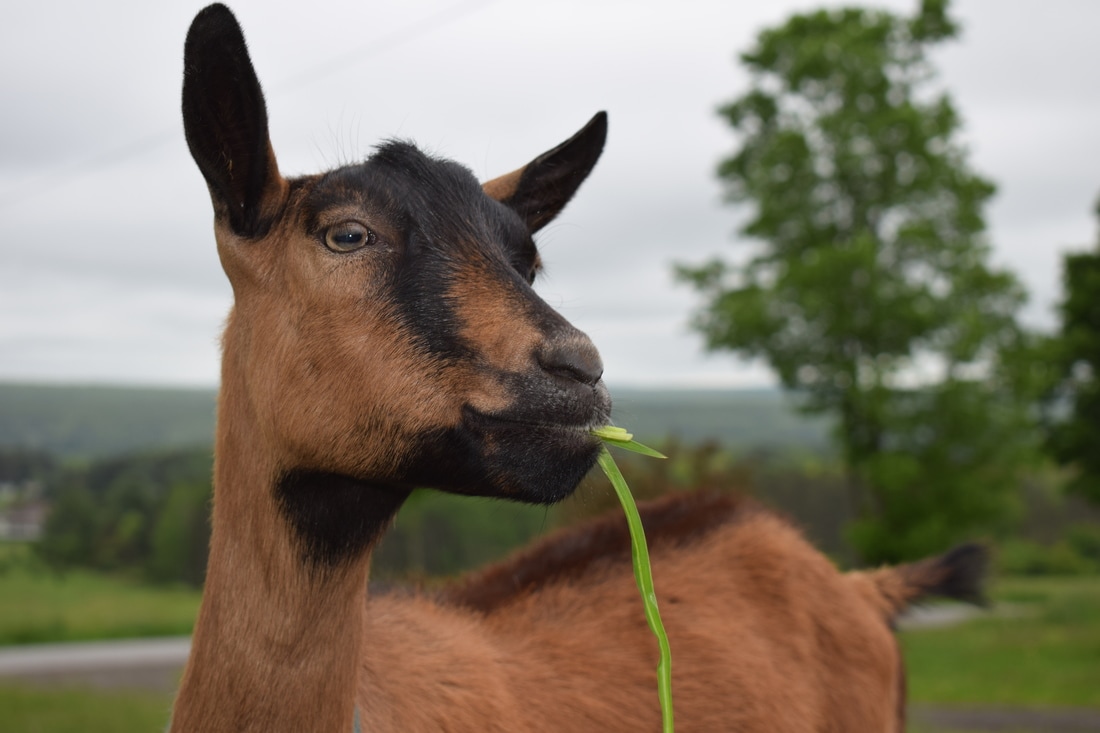 The Oberhasli (also known as the Oberhasli Brienzer) is a dairy breed developed in the mountainous cantons of Bern, Freiburg, Glarus, and Graubunden in Switzerland.
Oberhasli goats were first imported to the United States in the early 1900s, though it was not until 1936 that purebred herds were established and maintained. The breed was initially called the Swiss Alpine. Its registrations were included in the Alpine studbook, and its genetics contributed to the Alpine breed. In 1977, the breed name Oberhasli was adopted, and registration records were separated from the Alpines. This evolution of the breed’s name and identification has been one reason that its population in the United States has remained fairly small.

The Oberhasli is alert in appearance with a friendly, gentle disposition. Mature goats are medium in size. Bucks range in height from 30–34", and does 28–32", with weights of 100–150 pounds. While the does are a dependable source of milk, bucks and wethers are also useful as pack animals because of their strength and calm demeanor. Some goat packers prefer Oberhaslis because they are said to be less fearful of water and other trail obstacles than are other breeds.
The breed’s color pattern is called chamoisee. Goats are brown, with hues between light tan and deep reddish brown, and have black points. Two black stripes from the eyes to the black muzzle give a distinctive facial appearance. The forehead is nearly all black, and black stripes run from the base of each ear to a point just behind the poll and continue along the neck and back to the tail as a dorsal stripe. The Oberhasli has a black belly and light gray to black udder. The legs are black below the knees and hocks and the ears are black on the inside. The Oberhasli face is straight or dished with no evidence of a Roman nose. The breed is well known internationally, and it is relatively numerous in Switzerland.